In the historic town of Denkendorf, Germany, there’s a porcelain company called M.W. Reutter. For the past 60 years, this company has been crafting exquisite collections of porcelain miniatures.

It all started shortly after World War II when a young German woman, Martl Zimmerman, sought employment as a teacher. Finding a job proved to be difficult, so the enterprising 24-year-old began an apprenticeship as a potter.

As a class project, Martl’s teacher asked her to create tiny ceramic tableware to fit in his daughter’s dollhouse. It was a difficult task, and Martl learned to reduce large shapes to a scaled-down size. She honed her skills and developed a passion for miniatures.

In 1948, Martl married an engineer, Willy Reutter. That same year she established a small business, M.W. Reutter Porzellanfabrik, turning out her handmade crockery on a potters’ wheel. A few years later, M.W. Reutter began exhibiting at the newly established Nuremberg Toy Fair, howing off an assortment of tiny porcelain items. M.W. Reutter has been one of the stalwarts of the fair, continuously exhibiting for more than six decades. 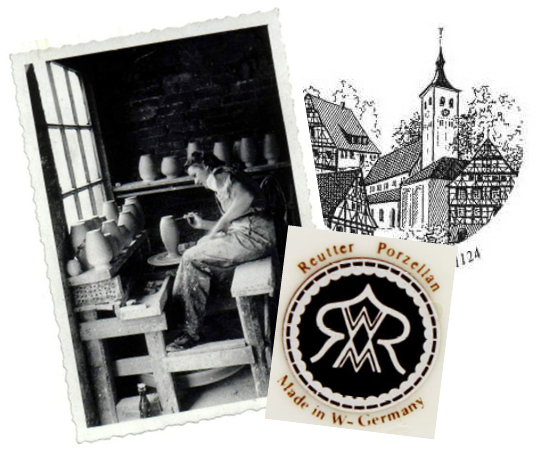 The fair proved to be so successful in attracting new customers that traditional production on a potter’s wheel could no longer meet the demand. So in 1954, the company switched to a different manufacturing method. Willy’s engineering skills were instrumental in devising a way to extrude small porcelain pieces out of a lifting press, a much faster process. At the same time, Reutter porcelain items were lettered and marked with the golden stamp of the cloister of Denkendorf. Soon, Willy left his position as a precision engineer to concentrate full time on the M.W. Reutter company.

Martl and Willy learned as they went along, developing their porcelain production methods and meeting the challenges of obtaining raw materials and tools from the Bavarian forest. Besides their focus on dollhouse miniatures, the company produced ashtrays, perfume atomizers and mosaic tables which were fashionable in the 1950s. By the end of the decade, M.W. Reutter had expanded their line with children’s tea sets, gift items and an array of toy miniatures in porcelain.

The company continued to grow and diversify throughout the 1960s and 1970s and began licensing the drawings of Sarah Kay, a popular Australian artist. Sarah Kay motifs were used on mugs, plates, and other porcelain gift items. Licensing was a new marketing concept that took M.W. Reutter in an exciting new direction, giving them a foundation for moving forward into a worldwide gift market.

Eventually, Martl and Willy’s sons joined the company, Bernd as Technical Ceramic Engineer and Bertram as Master of Economics. The sons had a strong influence on production, administration and marketing. Today, Bertram Reutter serves as the Managing Director.

In 1991, M.W. Reutter acquired the rights to use the famous drawings of Sister Maria Innocentia Hummel to decorate porcelain pieces. These charming items became a quick success. For over two decades, M.I. Hummel products have been among Reutter’s most popular offerings.

M.I. Hummel is excited to welcome the M.W. Reutter Hummel Collection. The entire collection is made with quality in Germany. 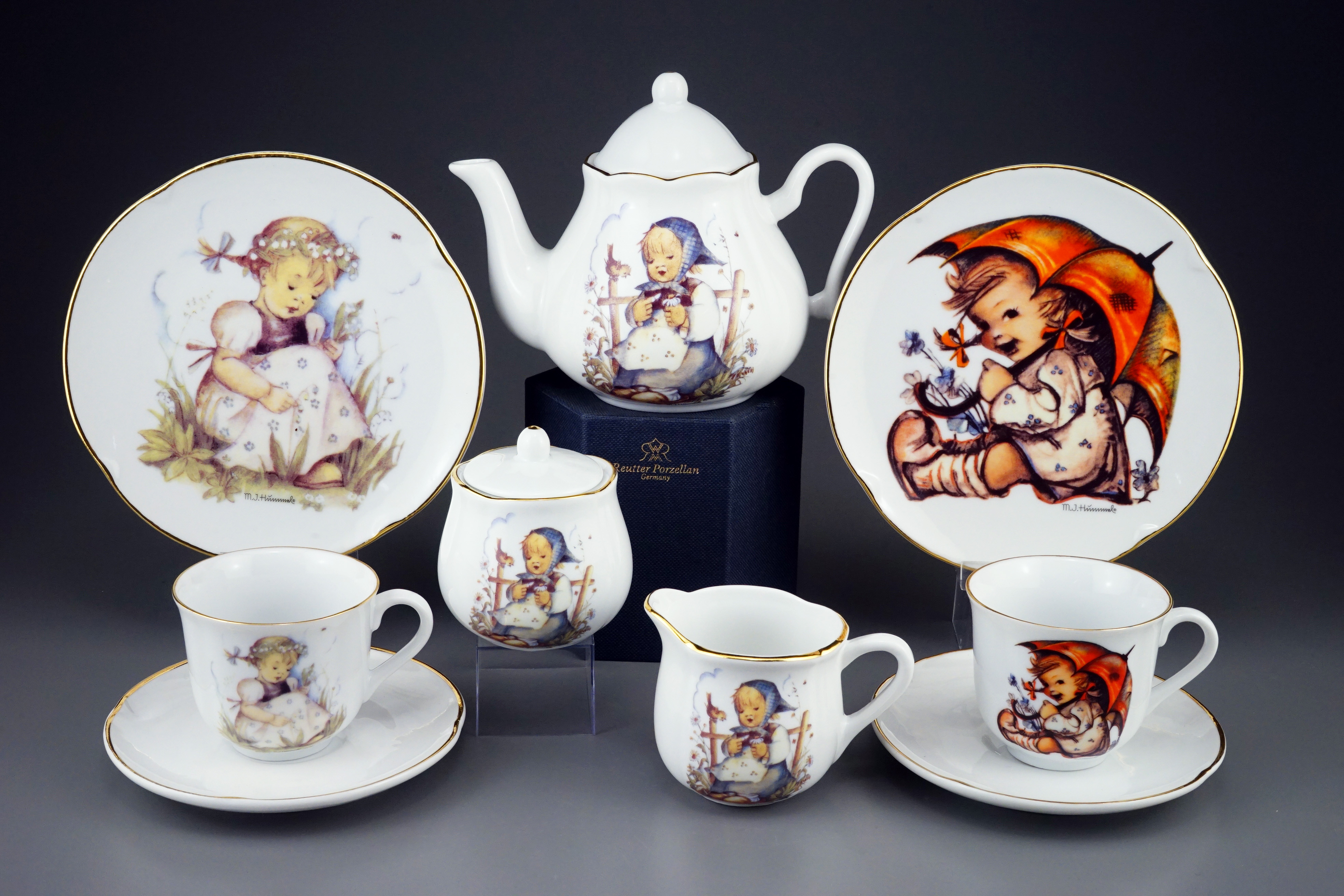