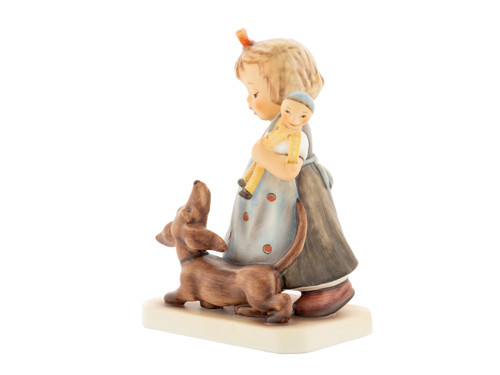 In 1956, master sculptor Helmut Wehlte created Behave!, which was orginally known as Walking Her Dog. It was re-released 40 years later (in 1996) to commemorate the 20th year anniverasary on the M.I. Hummel Club. You must be a member of the M.I. Hummel Club for 20 years to be eligible to purchase this figurine.