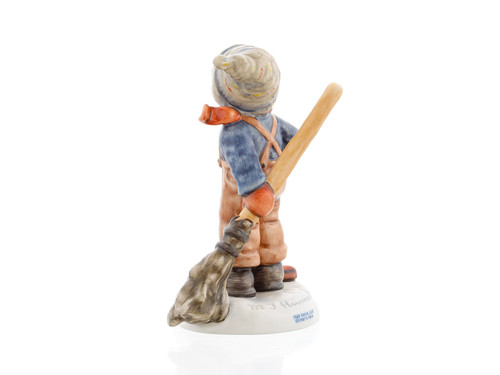 A fine young lad, who seems ready to sweep away the first winter snow of the season and in doing so, has lost his mitten. He is a reminder to all those young boys who helped clear the way on snowy winter days. Winter's Here was sculpted in 2002 by Helmut Fischer and released in 2003.

In 2011 to mark the 75th anniversary of Sister Hummel's legacy, Manufaktur Rodental selected 50 figurines to bear a special "75th Anniversary" backstamp, Winter's Here was included in the anniversary series. Only 75 of these figurines were available in North America. Each figurine was hand-numbered and had a golden backstamp.