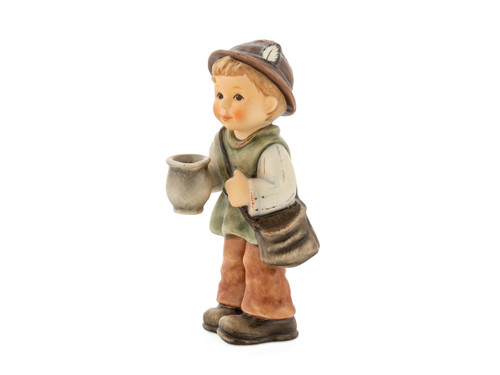 This event was re-enacted very early in the history of Christianity. From the 16th century on, the Society of Jesus contributed to the spreading of this custom. Churches and royal houses soon followed this trend in modern Europe. The cornerstone for the development of the nativity scene as we have come to know it had been laid. We have put together a nativity Scene out of 17 figurines, which will delight you each Christmas for years to come.

This shepherd with his milkjug will let you add another building block to your enchanting nativity scene.