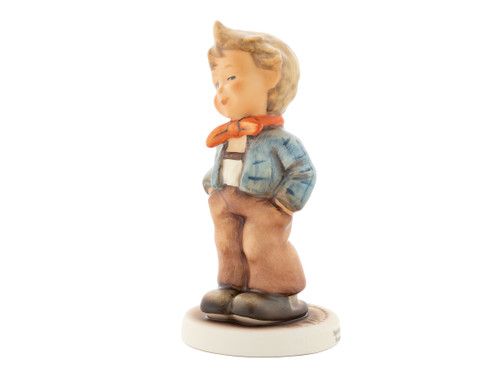 Scamp is a mischievous Hummel boy full of impish joy with his dress coat and red kerchief around his neck. You will love his sly wink and playful grin, and probably wish you could join him on whatever adventure he’s going on.

Originally sculpted in 1989 by Helmut Fischer, Scamp was first released in 1992 as part of the “Cozy Companions” series. Look for the mischief girl he likes to play with named Pixie.