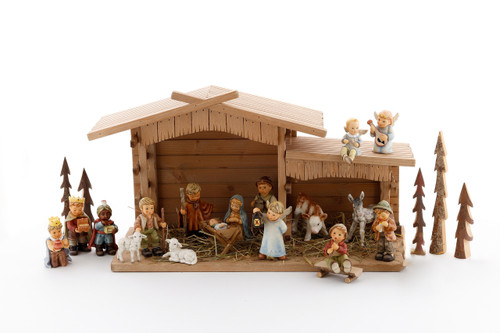 *This package comes with 17 figurines and the stable. Note: The trees, hay, and bench are for decoration. Decorations are not included.