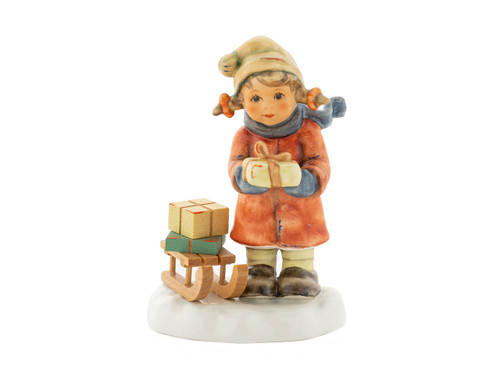 What? Is this gift truly for me? That's very kind of you! I wonder what's inside! The adorable Hummel Girl is looking the admirer directly in the eyes. It is as if she wanted to give the admirer the gift directly. The delightful Hummel child with a sled full of gifts was crafted by sculptor Helmut Fischer in 2003.